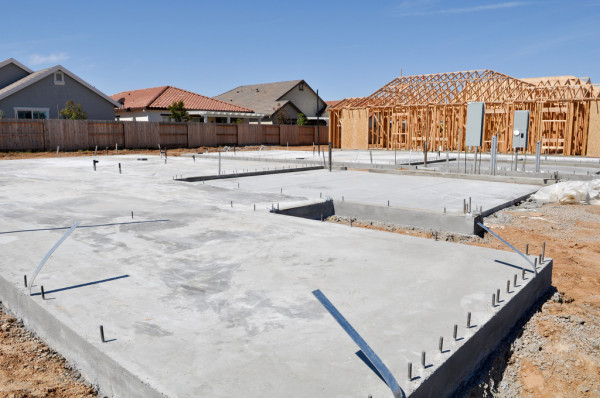 CSC Orion is one of most widely used reinforced concrete design softwares in the world. Even though its use is limited only to reinforced concrete design, it has the unique feature that it integrates design with detailing in one suite unlike some analysis and design softwares. Foundation design in Orion comes behind structural analysis as the loads from the superstructures need to be fully and accurately transferred to the foundation in order to determine the accurate cross-section elements.

Many users of Orion can quickly find the pad foundation design icon in Orion which is the simplest type of foundation handled by the software. It would interest my reader to know that Orion can design five (5) different types of foundations.

Prior to defining any foundation type, a valid building analysis (or finite element (FE) chase down must have been completed so that the relevant foundation design loads exist.

The different foundation types include:

The choice of foundation type would be based on:

A. Type of structure to be built

B. Type of soil present at the site and

C. The bearing capacity of the soil

Oyenuga (2011) provided a table of recommended foundation type for different types of structure and bearing capacities. In the absence of more professional guide, the designer can make the choice of foundation based on the data on the Table 1.

The allowable stress (bearing capacity) and coefficient of subgrade reaction of the soil is set up under project parameters in building analysis tab under run menu. The allowable stress is used in foundation analysis and design while the coefficient of subgrade reaction is used to model soil with elastic springs in strip footing and raft foundation systems.

To insert any type of foundation in Orion one must have to go to the foundation level usually labelled ST00 (Figure 1). Having gone to this level and depending on the type of foundation to be chosen for the work, one may need to select columns to insert or follow processes identified below.

Select the column after having displayed it in ST00

Right click on the selected column and select insert pad base

Check the option to create typical footing for selected columns and click Ok.

The footings are defined based on loads to ensure that the soil is not over-stressed. After determination of reinforcement to resist bending, punching and shear checks are also performed before the footings are certified. Square pad footings are usually desirable but when the applied moment is greater in one direction, the software can give rectangular footing. However, the designer is still at liberty to restrict it to square footing with no cause for alarm.

It is possible to group columns such that their combined action is supported by a single foundation. This is known as combined footing. It is applicable in a situation where two columns are so close that their pad bases are overlapping.

To define the strip footing

Define beams between columns along the line of the strip

Select all the beams defined along the strip by holding CTRL key to select multiple beams, right click and select insert strip footing to display dialog box and do the necessary checks. After wards, click calculate to display result and diagram, close and click Ok to insert the strip footing.

1. The left and right extension lengths are not determined or optimized automatically during design. They can be set at this stage or reset after the initial design is carried out.

2. The assumed design philosophy is that a footing cantilevers out on each side of a longitudinal beam. If the footing width is set to zero, minimum width would be calculated automatically.

5. Done with the adjustments, click on calculate to display results and diagrams.

6. If the pressures developed due to factored column loads are greater than factored foundation pressure, adjustments (manual optimization) must be made to ensure that peak pressures which usually occur at load positions does not exceed permissible soil pressure. This can be achieved by adjusting the left and right extension, together with the footing width and subgrade coefficient. Higher subgrade coefficient result in higher local bearing pressures and potentially wider footings while low subgrade reaction result in higher strip design forces which is closer to what is achieved in traditional hand calculations.

Orion considers column loads as pinned and moment nominal. If it is anticipated that there would be biaxial bending from column transverse to the strip direction, it is better to use FE foundation design option.

The design of the cantilever part is the footing design in orion. Cantilever is considered as distance from the face of the beam not the centerline. The cantilever spreads the line load developed by the beam out to the edges of the strip. The results of the strip footing analysis results and diagrams box is that of the cantilever and the design is usually done with the peak bearing pressure. The bar sizes and footing depth shown in the results box can be adjusted to one’s satisfaction without affecting the bearing pressures. Going further down, one would see the design forces for beam. These are used for beam design. The forces are transferred to the beam design module for beam design as described in (ii).

a. First use the create/update footing beam records option. It transfers the strip analysis result data into the beam design module

b. Then run the foundation beams design option. It can be designed interactively or in batch mode and exported in same way as superstructure beams

c. Use options to label bars within the section and detailing option of Re-plot the bars below the beam for better display.

The previously defined strip footing is a strip with deep stiffening beam. Though they are more efficient structurally, in some situations wide rectangular strip footings are preferred due to cost. These can be defined as follows:

2. Select the beams and insert strip footing in usual way.

3. Cantilevers are not required here unlike in the previous case so iteration of beam width would be continued until an acceptable width is got.

4. Links are introduced to satisfy longitudinal shear only as there are not transverse shear.

These are used when two lines of closely spaced columns are so close to be supported on one foundation. Example might be underneath movement joints in superstructure. To define these, the adjacent columns must be combined for combined action to apply to the footing, then do the rest like in single strip footing.

When the pile foundation is desirable for a given type of foundation, pile cap would be defined instead of pad footing for the columns.

Select the column in question

Define the pile and pile cap data on the general tab. The pile cap dimensions are usually calculated automatically.

On the loads, define chosen loads or use existing combination. Also apply the surcharge loads here.

On the parameter tab, apply the minimum number of piles, spacing requirements and other design parameters

Press the calculate button to design the pile cap and go through the report.

If no changes in report, then insert the pile cap by clicking OK.

1. Piles are positioned on fixed spacing basis, spacing is not adjusted (increased to resist bending), the number of piles is always increased.

3. No ability to model ground beam systems in such a way that analysis is performed and additional loads is introduced to the pile caps.

4. Design relates to pile selection only, no design is carried out for the pile cap.

-no reinforcement design of any type

5. Design is not based on working load combinations. The pile capacities are factored during design so that they can be used in conjunction with the ultimate loads as follows.

-the pile safe working load (SWL) is defined during input.

-design is carried out using factored combinations with factor applied to SWL (default of 1.4)

The factor applied to SWL is defined in the General tab of foundation settings.

Raft foundations are used where the bearing capacity of the soil is so poor that pad foundation would not be suitable. The raft foundation is created as slab and then analysed using finite element (FE). As there are not beams, insertion method is usually axis region. To get correct transfer of column or wall load, each column should lie at the edge or corner of the slab. Create the slabs and insert 1 m cantilever strips around the edges.

1. Adjust the mesh uniformity factor and plate element size, then mesh the floor

2. Exit from the mesh generator and continue the analysis

4. Display contour diagram for the various effects. If the soil is over-stressed as shown by red contour effects, increase the raft size.

Pile rafts are used where conventional raft foundations does not provide adequate support. They are typically used for large structures where soil is not suitable to prevent excessive settlement. The addition of piles to the raft helps to increase the effective size of the foundation and offer adequate resistance to horizontal loads. Whereas the piles provide most of the stiffnesses, the raft helps to improve the ultimate bearing capacity and together, they act to prevent excessive settlement.

To define piled raft, select the raft slabs under which the pile would be inserted. More than one slab may be selected.

Click on the desired setting out point on the plan view, usually the lower edge corner and property dialog box would be displayed.

Define the pile and pile spacing data and click OK to create the raft.

To determine the individual pile loads, perform the FE analysis of the foundation. When preparing the FE model of the foundation, option is given to ignore the bearing capacity of the soil.

Thank you for visiting mycivillinks today. God bless you.